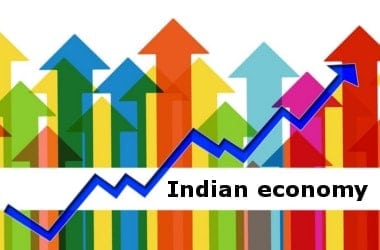 India is a Mixed economy. In a mixed economy, public sector (govt. owned) business enterprises exist along the private sector to achieve a welfare state (promoting, protecting social and economic well being of citizens) with a socialist pattern of society.
Ever since independence, India’s economic development has been guided by the twin objectives of developing:

2. The dominance of Agriculture and Heavy Population Pressure on Agriculture

In India, almost 60-70% of the total population still resides in rural areas and hence they depend on agriculture for their livelihood. It contributes only ~16% to GDP of India.

Social Infrastructure: Helps the economic system from outside, increases the quality of human resources.

India lacks a regulatory framework for infrastructure. India requires an independent regulatory body like SEBI which should protect the investors from uncertainties, it should remove the obstacles for Public-Private projects and safeguard economic projects.